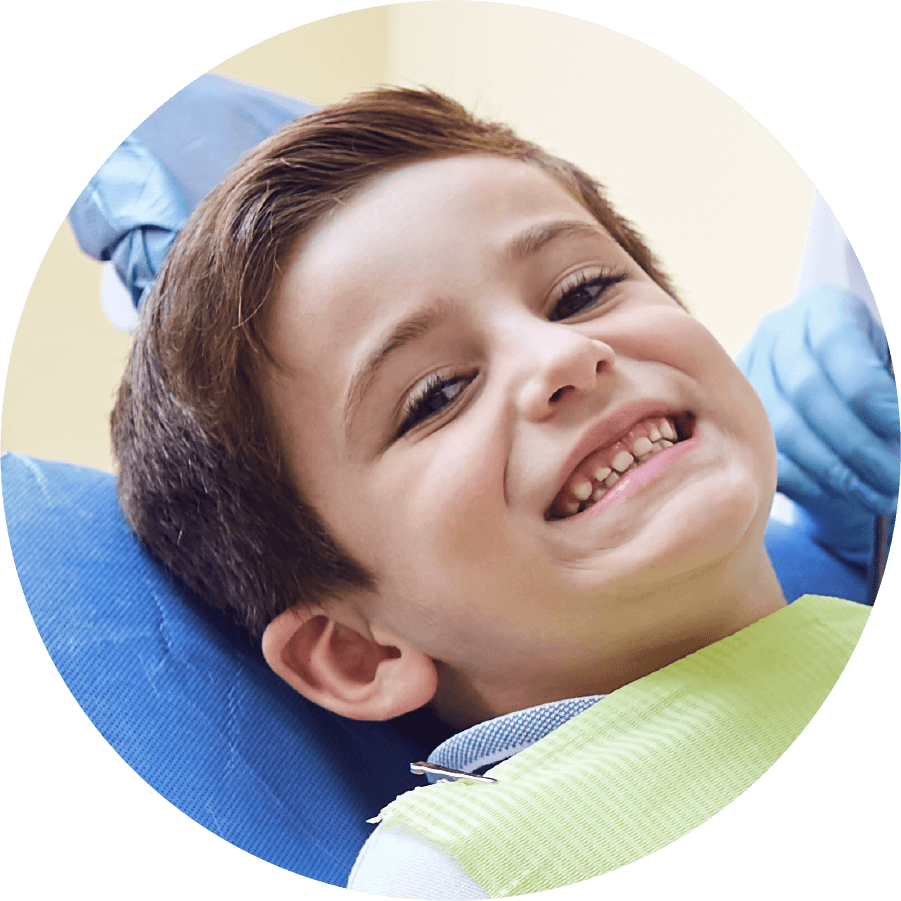 Oliver is six years old and in his short life has experienced medical trauma. Because of this, he becomes combative in medical offices. Other dentists had turned him away because of his behavioral issues. As a result, Oliver needed extensive restorative dental work. Thanks to our Dental Resource Program member clinic, Mobile Care Chicago (MCC), Oliver's father was able to get him the care he desperately needed.

Shortly after Oliver’s first appointment, MCC began implementing a drill-less, trauma-informed alternative restorative method called SMART dentistry, which uses Silver Diamine Fluoride (SDF) to seal tooth decay so that a glass ionomer can bond to the tooth, providing a cavity filling that has a higher quality seal and a longer life than a traditional amalgam filling. MCC was able to purchase the supplies for SDF thanks to a $5,000 Patterson Dental ToothFairy grant they received through our National Mobile Care Initiative.

When MCC’s dental team returned to Oliver’s school with new treatment options available, Oliver’s father was waiting outside the school. When he found out that he could start the SDF treatment that day he brought Oliver down that very moment. Oliver was back in class 30 minutes later, with all of his restorative needs met and no combative behavior.

"Because of the funding that we received from America’s Toothfairy to purchase the supplies for SDF when we launched that effort," MCC's Executive Director, Matt Siemer told us, "we were able to bring dental care to a child who, unfortunately, had been living in pain for over a year."

MCC has now implemented SMART fillings in all of its partner schools, providing an innovative restorative treatment not commonly available in low-income areas. Children like Oliver, who had no access to a dentist previously, now have a place that they can turn to for consistent, high-quality care.

You can help more children have healthy smiles. Click the "donate" button below to help kids across the nation access the dental care they need.